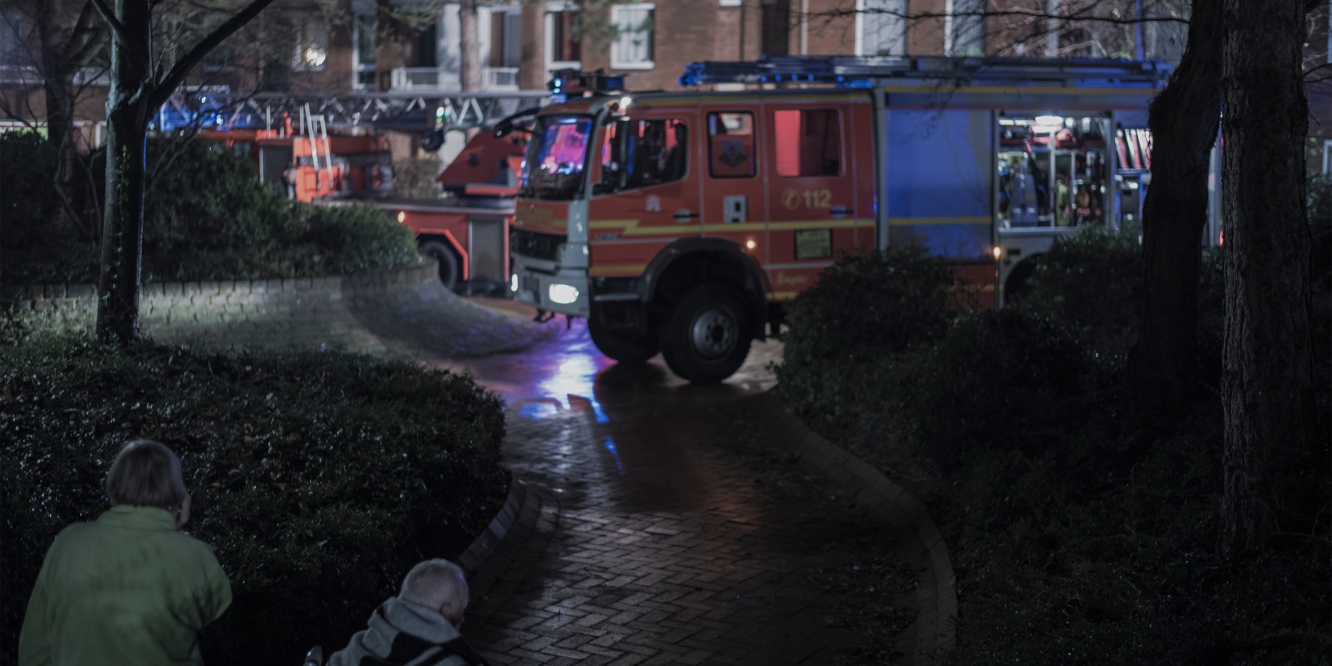 There was a sobering halt to the insane festivities of Silvester when the Feuerwehr(Fire Department) arrived next to the restaurant I was inside of, so like the rest of the sheep herd, I followed the sirens outside. At the rooftop of one of the senior-living apartments was a medium-sized inferno. Firefighters were escorting dazed and slow-walking elderly tenants away from the danger and into the chaotic streets of Ottensen.

It’s unclear what started the fire, but one could easily imagine an overzealous old man attempting to rekindle his youth by shooting a bottle rocket out of his ass through the balcony window, only to buckle and slip, sending it flying directly into a tightly-packed stockpile of unused fireworks.
That makes for a much better story than knocking over a candle.

View all posts by Thomas Shellberg